Much seems to have happened quickly as Solihull Methodist Church family seeks to support the people in the midst of strife in the Ukraine and this summary sets out to look at what we have done so far and what is arranged in the short term.

From very early on in the war with Russia the plight of ordinary people in the Ukraine has spurred the Church, to action, led by our minister Rev. Molly Chitokwindo. The first immediate response was to give generously from the Church Benevolent Fund (in addition to what individuals might have done), and £4000 was sent to the fund to aid relief through the DEC appeal. 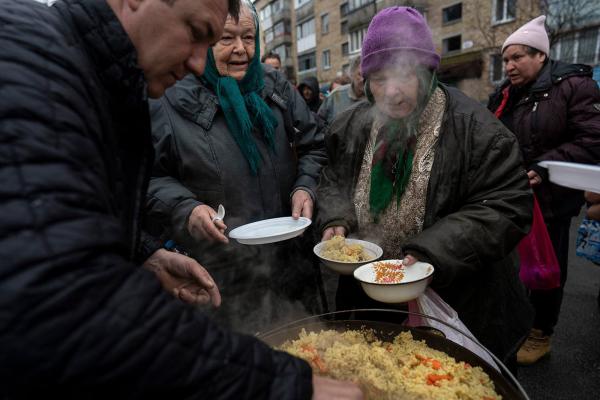 photo cc via Flickr - manhhai - Neighbours receive free food from a soup kitchen in Bucha, in the outskirts of Kyiv

It was very clear that the mood was to do more and the decision reached that in view of their experiences supporting Community Sponsorship of Refugees from Syria, support would be by donating to bodies working in Ukraine rather than corporately seeking to accommodate fleeing people.

Sensing the desire for action Molly managed to contact the Methodist District Superintendent of the Ukraine Rev Oleg Starodubets to tell him that we are with them in our prayers and to ask how best we can support them. Molly asked if she could set a zoom meeting so that Oleg and others could share more of the real situation across the country. 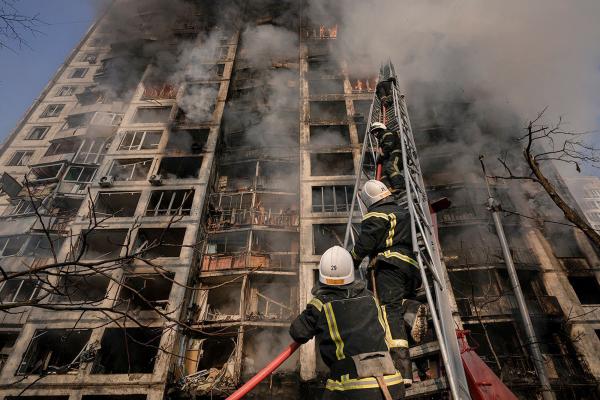 It was heartening how many of our Church family zoomed on March 29 to hear Oleg, his wife Rev. Dr. Yulia and two refugees Denis and Tanya who shared their experiences of hiding under the subway with their 8 years old son. They told us that to start with, their son was scared of the sound of bombs and sirens but now is used to the noise.

The Zoom was arranged at very short notice using the circulation of the Prattle to reach as many people as possible and arrangements were also made for non-computer people to join the conversation by telephone. To quote “How wonderful that Molly was able to arrange this for Solihull. It is better to hear from individuals’ experiences than simply watching the news.” 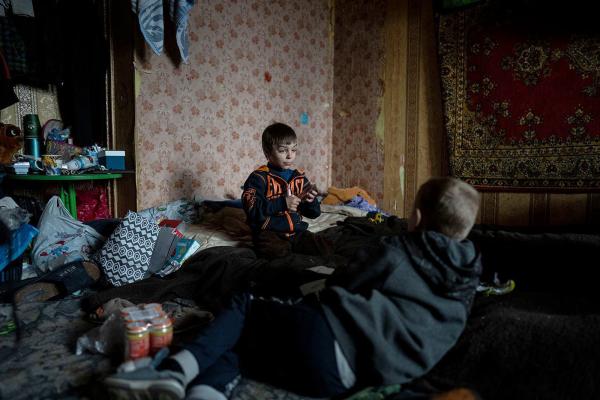 Following this very moving meeting, we received a video update which summarised much of what Rev Oleg and Yulia reported to us. Here is a transcript.

‘After the Russian attack on Ukraine people living in the cities were in mortal danger.  Explosions, shots, air-raid sirens, rockets that blow up residential buildings have become a reality for Ukrainians.

Residents of Kyiv, Kharkiv, Chernihiv, Zaporinzhzia, Zhytomyr and other cities saving their lives were forced to leave their homes and go to the western part of the country where it is now safer. For such people, we organised a temporary shelter in Uzhhorod on the basis of a local school.  Here refugees can rest, warm up, eat and, most importantly, feel safe.  In the classrooms we organised sleeping places.  Together with the school kitchen we organised a full meal.  We also organised a children's room in which volunteers run a programme for children.

Everyday new people move in and now for the first week we received 274 people of which 80 are children and we plan to keep on doing more. We say thanks to the United Methodist Church for prayers and financial support and also thanks to district Superintendent of Ukraine Methodist Church, Reverend Oleg Starodubets.’ 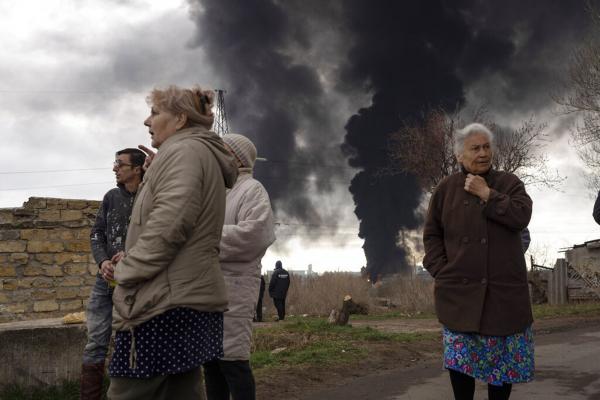 Molly has suggested a follow-up Zoom meeting with Oleg which is arranged for Tuesday 26th April by Zoom and telephone with large numbers expected to listen. Oleg and Yulia welcomed the idea.

Meanwhile the action continues. There was a special service on Sunday 10 April in Solihull in “Solidarity with the People of Ukraine”. Molly organised a short service, inviting Rev Peter Bates to give a short message. There were hymns, prayers led by Molly, Rev Chris Giles and Mr John Innes and a reflection written by Bishop Khegav titled IMAGINE.

We had a table at the front of the church with yellow and blue drapes colours of Ukraine flag prepared by one of church member Joy Wadsworth. At this special service we gave out knitted hearts in the blue and yellow colours of the Ukraine flag which one of the Church members Fiona Beadles knitted. The Church family is coming together to produce more of these for wider circulation and publicity. 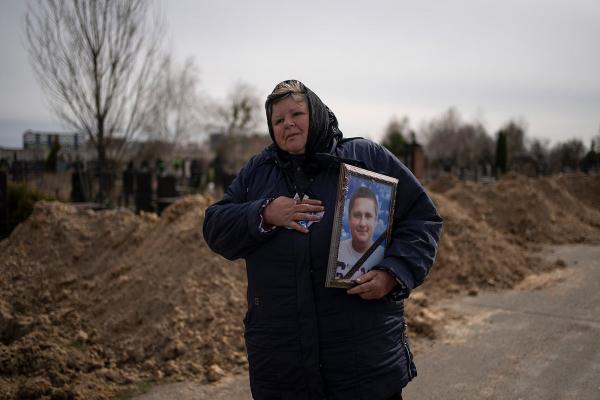 The service was also the vehicle for members to bring donations for Ukraine (both money and needed items). Solihull stewards have decided that for the time being they will be working with Teams4U to get items there quickly. Generous donations of all sorts are still arriving so totals cannot be given at present.

It is important to recognise that these efforts in Solihull do not prejudice their current annual project supporting the local charity Building4Hope nor will it impact the commitment to Community Sponsorship of Refugees where funds for the next Syrian or Afghan family are ring-fenced.