Birmingham District is delighted to have appointed Reverend Trey Hall as the new District Mission Advisor. He is a minister of the United Methodist Church from the United States, currently living in Birmingham. 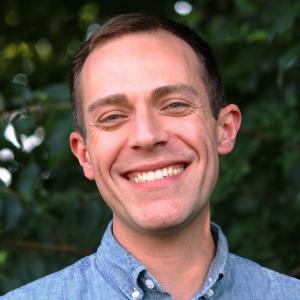 As Mission Advisor in the Birmingham District, he helps both existing churches and new expressions of Christian community to practice bold, innovative ministry amidst the seismic cultural shifts of the 21st century.

Since 2000, Trey has led churches in the United Kingdom and in Chicago (USA), specializing in congregational revitalisation projects, new church starts, and ministry with Gen Y and Gen X young adults.

In addition to his ministry in the District, Trey coaches 20+ pioneers and revitalisation practitioners in the US and Europe, teaches and presents regularly at church change forums and conferences, and writes on a scattershot array of transatlantic subjects at his blog, recoveringcontrolfreak.org.

He lives in Birmingham with his husband, Jonathan (also a Methodist presbyter), and their rescue Weimaraner, Jake.